The cool, centuries-old park surrounding the Villa slopes down the typical Lombardy countryside to ever paler shades of green fields and shadowy woods of Thujas, blue Cedars, Magnolias, Oaks and Beeches. In the distance, the peaks of the Resegone and Grigne mountain ranges stand out in a  panoramic view.

The perfectly groomed  wending through the park for two kilometers lend themselves to reinvigorating walks. Shady, 19th century-style shaded areas, with small stone benches and tables, are set up around the park so guests can relax and regenerate both mind and soul.

The paths lead to the hothouse nursery where, in past times, various species of aromatic plants and flowers were grown for the park flower beds and borders and for the vases gracing the Villa’s reception rooms.

Still visible is the old farmhouse with its stables for the horses and ponies the owner’s children used to ride. Close by was a hen-house tended to by the same farmers who worked the vegetable garden.

The centuries-old red beeches, spear-shape leaved beeches and Japanese pagoda trees are the most prized species of tree in the park. Other centuries-old but less rare are the small sweet osmanthus trees, the Ginkgo bilobas, the nudiflora magnolias, the coniferous Thujas, Cedars of Lebanon, and Linden, Oak, Redwood and Scotch pine trees.

Nothing in the park has been left to chance; nature has been harmoniously groomed to convey a sensation of peace and serenity. 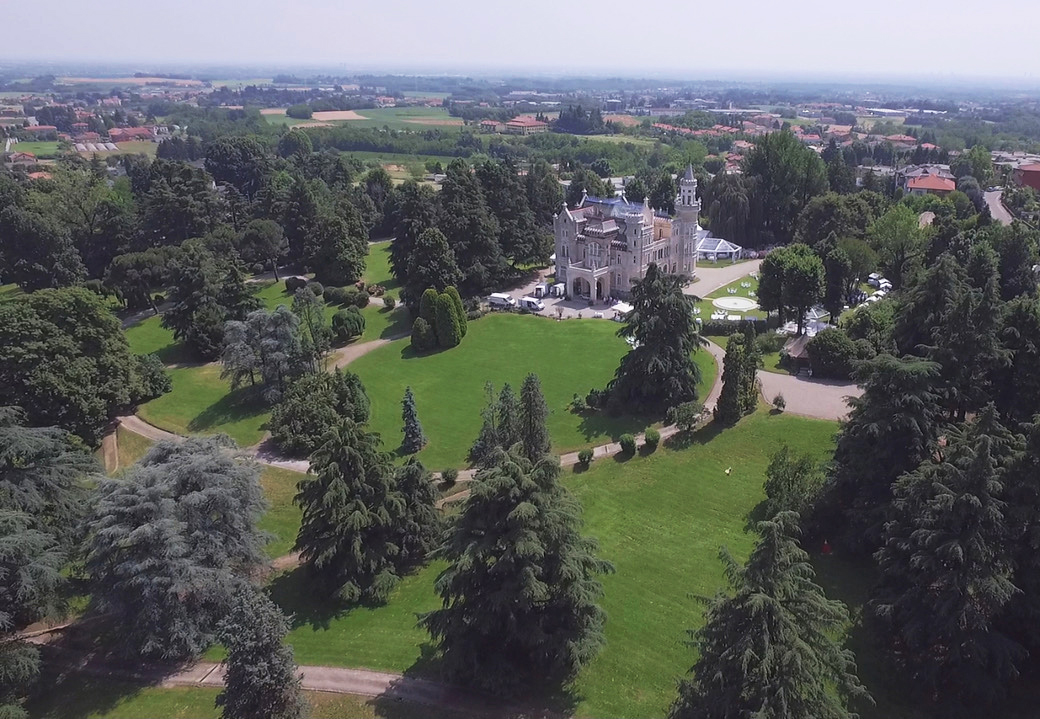